US DARPA Takes Blockchain for Military Use The research unit of the US Department of Defense has been working to fund efforts to find out if blockchain technology could help secure highly sensitive data, with potential applications for everything from nuclear weapons to military satellites. The Defense Advanced Research Projects Agency (DARPA) which acts to […]

US DARPA Takes Blockchain for Military Use

The research unit of the US Department of Defense has been working to fund efforts to find out if blockchain technology could help secure highly sensitive data, with potential applications for everything from nuclear weapons to military satellites.

The Defense Advanced Research Projects Agency (DARPA) which acts to make pivotal investments in breakthrough technologies for national security, has been working within an innovation ecosystem that includes academic, corporate and governmental partners to create new strategic opportunities and novel tactical options.

Its focus with blockchain is to address information integrity which has been made more complex by the potentially uncontrolled integrity vulnerabilities created by the decentralization of information systems and the availability of powerful programming environments for end users, particularly spreadsheets which are used to support executive decisions, possibly without due consideration of data quality and data integrity.

Basically, all the Agency is doing is to enable it to track when a system or piece of data has been viewed or modified, according to a report by Quartz wich also published an analogy made by DARPA’s program manager, Timothy Booher, about the blockchain effort: Instead of trying to make the walls of a castle as tall as possible to prevent an intruder from getting in, it’s more important to know if anyone has been inside the castle, and what they’re doing there. 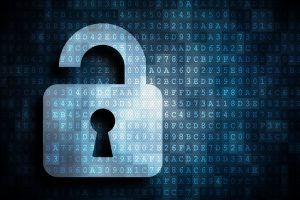 Data breaches cost the economy billions and affect government and private companies alike.  One major factor in the severity of a breach is the length of time that the adversary can operate before being detected, which can often be months as they explore a network and identify the most valuable assets and data.

This is coming barely a month after DARPA jointly awarded a $1.8 million contract between Galois and Guardtime Federal to verify the state of correctness of Guardtime’s Keyless Signature Infrastructure (KSI), an integrity monitoring system that will act as a verifier verifying a system built for verification and monitoring.

DARPA will use Guardtime’s KSI which is a blockchain-based security technology for cybersecurity solutions collective of computer scientists, network architects, software developers and security specialists.

KSI’s functionality applies to quickly detect advanced persistent threats (APTs), that can remain hidden in an embedded state within networks. Attackers frequently use APTs for their ability to undermine the security of a network and are commonly found to play a part in sophisticated network breaches.

Its monitoring system works by continuously verifying the data integrity, processers and the overall system. This leads to ramping up the sensitivity triggers in a system’s underlying cybersecurity infrastructure and thus mitigates attacks in real-time while preserving the integrity of a system.

The Danish shipping giant Maersk has revealed the completion of its first live blockchain trial, aimed at simplifying the way in which it sends trillions of dollars worth | read more

An Introduction Bitcoin was the primary cryptocurrency discharged to the general population in January 2009. From that point forward, there have been a huge number of others | read more

Blockchain innovation can't compose tunes or play instruments – in any event not yet. Be that as it may, it may have the capacity to guarantee that the individuals who do get the c | read more

What Is Bitcoin Hash Functions Explained

Anybody with an enthusiasm for bitcoin will have heard the expression 'cryptographic hash work' sooner or later or other. However, what precisely does it mean, and how is it associ | read more

Blockchain identity is already in use in various sectors of data management and technological development. With its applications so far, can we say that the Blockchain has lived up | read more

List of 10 Most Populer Digital Currency in the World

Digital currencies are the payment methods for the future. The currencies are changing business, money and the world.The following List of 10 Most Populer Digital Currency in the W | read more

All who are interested in Blockchain come across the same common Blockchain terminologies. To some people, they already knew the meaning of these terms. But to others, some termino | read more

Blockchain technologies are definitely disrupting the global economic order. Many people would like to be part of the exciting Blockchain community. Fortunately, there are some lea | read more

Blockchain is one of the most awe-inspiring innovations since the internet was discovered. Companies have come up with wonderful use of blockchain technology. The follo | read more

Blockchain is the message

“We drive into the future only using the rearview mirror” Marshall McLuhan Canadian sociologist Marshall McLuhan died in 1980. He reached the fame in the 1960s with paradoxical e | read more

How Barclays Stole the Blockchain Spotlight in 2016

After keeping its projects to itself in 2015, 2016 may have been Barclays's year – at least, when it came to blockchain tech. According to industry analysts, there's a strong ca | read more

Is it 2013 or 2017? For bitcoin's investors, traders and enthusiasts, an answer to this question might be harder to give today than you might imagine. Bitcoin prices su | read more

Why 2017 is Blockchain's Make or Break Year

That may sound dire, but poll anyone in the financial services industry and they will likely tell you that the technology is still in need of its break-out moment. If significant h | read more

Since Nakamoto, no one has advanced this space more than Vitalik Buterin, the 22-year-old child-prodigywho in 2013 began thinking of extending blockchain’s capabilities beyond just | read more

Self-awareness is bliss, in life and in business. Part therapy, part philosophy, it is a psychological state of mind that carries with it several benefits. For one, the more you kn | read more

Bitcoin, the giant in the world of cryptocurrency, continues to defy all expectations of an early demise and rises higher and higher in value and use. Its adoption as everyday mone | read more

How Savvy Marketing Can Burst the 'Blockchain Bubble'

If you are reading this, there’s a good chance you are living in a "blockchain bubble". You're tech savvy, an early adopter and a forward thinker. Odds are, you know a lot of peop | read more