Bitcoin’s price is measured against fiat currency, such as American Dollars (BTCUSD), Chinese Yuan (BTCCNY) or Euro (BTCEUR). Bitcoin therefore appears superficially similar to any symbol traded on foreign exchange markets. Unlike fiat currencies however, there is no official Bitcoin price; only various averages based on price feeds from global exchanges. Bitcoin Average and CoinDesk […]

Unlike fiat currencies however, there is no official Bitcoin price; only various averages based on price feeds from global exchanges. Bitcoin Average and CoinDesk are two such indices reporting the average price. It’s normal for Bitcoin to trade on any single exchange at a price slightly different to the average.

But discrepancies aside, what factors determine Bitcoin’s price?

The general answer to “why this price?” is “supply and demand.” Price discovery occurs at the meeting point between demand from buyers and supply of sellers. Adapting this model to Bitcoin, it’s clear that the majority of supply is controlled by early adopters and miners.

Inspired by the rarity of gold, Bitcoin was designed to have a fixed supply of 21 million coins, over half of which have already been produced.

Several early adopters were wise or fortunate enough to earn, buy or mine vast quantities of Bitcoin before it held significant value. The most famous of these is Bitcoin’s creator, Satoshi Nakomoto. Satoshi is thought to hold one million bitcoins or roughly 4.75% of the total supply (of 21 million). If Satoshi were to dump these coins on the market, the ensuing supply glut would collapse the price. The same holds true for any major holder. However, any rational individual seeking to maximise their returns would distribute their sales over time, so as to minimize price impact.

Miners currently produce around 3,600 bitcoins per day, some portion of which they sell to cover electricity and other business expenses. The daily power cost of all mining is estimated around $500,000. Dividing that total by the current BTCUSD price provides an approximation of the minimum number of bitcoins which miners supply to markets daily.

With the current mining reward of 25 BTC per block solution, Bitcoin supply is inflating at around 6.25% annually. This rate will drop sharply in 2016, when the next reward halving occurs. That Bitcoin’s price is rising despite such high inflation (and that it rose in the past when the reward was 50 BTC!) indicates extremely strong demand. Every day, buyers absorb the thousands of coins offered by miners and other sellers.

A common way to gauge demand from new entrants to the market is to monitor Google trends data (from 2011 to the present) for the search term “Bitcoin.” Such a reflection of public interest tends to correlate strongly with price. High levels of public interest may exaggerate price action; media reports of rising Bitcoin prices draw in greedy, uninformed speculators, creating a feedback loop. This typically leads to a bubble shortly followed by a crash. Bitcoin has experienced at least two such cycles and will likely experience more in future. Beyond the specialists initially drawn to Bitcoin as a solution to technical, economic and political problems, interest among the general public has historically been stimulated by banking blockades and fiat currency crises.

The most recent such blockade occurred when MasterCard and VISA blacklisted Backpage.com , a Craigslist-style site which lists, inter alia, adult services. Adult service providers whose livelihood depends on such advertising have no way to pay for it besides Bitcoin.

On the subject of business which banks won’t (openly) touch, there’s no avoiding mention of darknet drug markets. While the most (in)famous venue, Silk Road, was taken down, the trade of contraband for bitcoins continues unabated on the darknet. Although only 5% of British users have admitted to purchasing narcotics with Bitcoin, that figure is likely understated for reasons of legal risk. Finally, the media controversy over darknet markets has likely brought Bitcoin to the attention of many who otherwise wouldn’t have encountered it. As discussed our guide, Bitcoin for Bail-in Protection, a Bitcoin wallet can be a lot safer than a bank account. Cypriots learnt this the hard way when their savings were confiscatedin early 2013. This event was reported as causing a price surge, as savers rethought the relative risks of banks versus Bitcoin.

The next domino to fall was Greece, where strict capital controls were imposed in 2015. Greeks were subjected to a daily withdrawal limit of €60. Bitcoin again demonstrated its value as money without central control.

Soon after the Greek crisis, China began to devalue the Yuan. As reported at the time, Chinese savers turned to Bitcoin to protect their accumulated wealth.

A current positive influencer of Bitcoin price, or at least perception, is the Argentinian situation. Argentina’s newly-elected President, Mauricio Macri, has pledged to end capital controls. This would eliminate the wide disparity between the official and black-market peso/USD exchange rates. Argentinians who can purchase bitcoins using black-market dollars will likely avoid considerable financial pain. 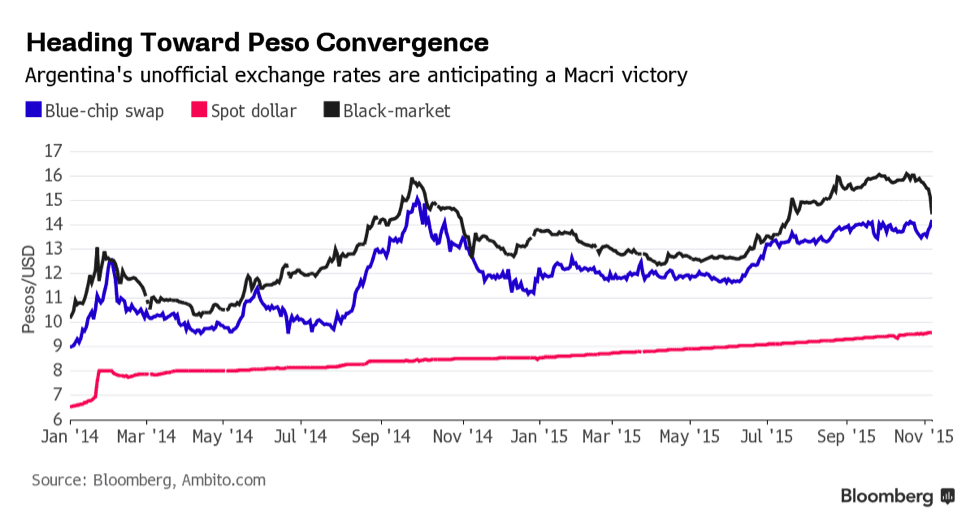 No discussion of Bitcoin’s price would be complete without a mention of the role market manipulation plays in adding to price volatility. Bitcoin’s all-time high above $1000 was partly driven by an automated trading algorithms, or “bots,” running on the Mt. Gox exchange. All evidence suggests that these bots were operating fraudulently under the direction of exchange operator, Mark Karpeles, bidding up the price with phantom funds.

Mt. Gox was the major Bitcoin exchange at the time and the undisputed market leader. Nowadays there are many large exchanges, so a single exchange going bad would not have such an outsize effect on price.

It bears repeating that Bitcoin is an experimental project and as such, a highly risky asset. There are many negative influencers of price, chief among them being the legislative risk of a major government banning or strictly regulating Bitcoin businesses. The risk of the Bitcoin network forking along different development paths is also something which could undermine the price. Finally, the emergence of a credible competitor, perhaps with the backing of major (central) banks, could see Bitcoin lose market share in future.

Sometimes an exchange’s price may be entirely different from the consensus price, as occurred for a sustained period on Mt. Gox prior to its failure and recently on the Winkelvoss’ Gemini exchange.

In mid-Novermber 2015, BTCUSD hit $2200 on Gemini while trading around $330 on other exchanges. The trades were later reversed. Such events occur occasionally across exchanges, either due to human or software error.

Bitcoin is ultimately worth what people will buy and sell it for. This is often as much a matter of human psychology as economic calculation. Don’t allow your emotions to dictate your actions in the market; this is best achieved by determining a strategy and sticking to it.

If your aim is to accumulate Bitcoin, a good method is to set aside a fixed, affordable sum every month to buy bitcoins, no matter the price. Over time, this strategy (known as Dollar-cost averaging), will allow you to accumulate bitcoins at a decent average price without the stress of trying to predict the sometimes wild gyrations of Bitcoin’s price.

The Danish shipping giant Maersk has revealed the completion of its first live blockchain trial, aimed at simplifying the way in which it sends trillions of dollars worth | read more

An Introduction Bitcoin was the primary cryptocurrency discharged to the general population in January 2009. From that point forward, there have been a huge number of others | read more

Blockchain innovation can't compose tunes or play instruments – in any event not yet. Be that as it may, it may have the capacity to guarantee that the individuals who do get the c | read more

What Is Bitcoin Hash Functions Explained

Anybody with an enthusiasm for bitcoin will have heard the expression 'cryptographic hash work' sooner or later or other. However, what precisely does it mean, and how is it associ | read more

Blockchain identity is already in use in various sectors of data management and technological development. With its applications so far, can we say that the Blockchain has lived up | read more

List of 10 Most Populer Digital Currency in the World

Digital currencies are the payment methods for the future. The currencies are changing business, money and the world.The following List of 10 Most Populer Digital Currency in the W | read more

All who are interested in Blockchain come across the same common Blockchain terminologies. To some people, they already knew the meaning of these terms. But to others, some termino | read more

Blockchain technologies are definitely disrupting the global economic order. Many people would like to be part of the exciting Blockchain community. Fortunately, there are some lea | read more

Blockchain is one of the most awe-inspiring innovations since the internet was discovered. Companies have come up with wonderful use of blockchain technology. The follo | read more

Blockchain is the message

“We drive into the future only using the rearview mirror” Marshall McLuhan Canadian sociologist Marshall McLuhan died in 1980. He reached the fame in the 1960s with paradoxical e | read more

How Barclays Stole the Blockchain Spotlight in 2016

After keeping its projects to itself in 2015, 2016 may have been Barclays's year – at least, when it came to blockchain tech. According to industry analysts, there's a strong ca | read more

Is it 2013 or 2017? For bitcoin's investors, traders and enthusiasts, an answer to this question might be harder to give today than you might imagine. Bitcoin prices su | read more

Why 2017 is Blockchain's Make or Break Year

That may sound dire, but poll anyone in the financial services industry and they will likely tell you that the technology is still in need of its break-out moment. If significant h | read more

Since Nakamoto, no one has advanced this space more than Vitalik Buterin, the 22-year-old child-prodigywho in 2013 began thinking of extending blockchain’s capabilities beyond just | read more

Self-awareness is bliss, in life and in business. Part therapy, part philosophy, it is a psychological state of mind that carries with it several benefits. For one, the more you kn | read more

Bitcoin, the giant in the world of cryptocurrency, continues to defy all expectations of an early demise and rises higher and higher in value and use. Its adoption as everyday mone | read more

How Savvy Marketing Can Burst the 'Blockchain Bubble'

If you are reading this, there’s a good chance you are living in a "blockchain bubble". You're tech savvy, an early adopter and a forward thinker. Odds are, you know a lot of peop | read more